NYT | The Teddy Bear Test, and Other Ways to Pass a State Tax Audit

END_OF_DOCUMENT_TOKEN_TO_BE_REPLACED

This article originally appeared in Digiday.  If you thought 2020 was a messed-up tax year because of COVID-19, remote working and the wildly different laws from state to state, just wait ti...
END_OF_DOCUMENT_TOKEN_TO_BE_REPLACED
All Posts

NYT | The Teddy Bear Test, and Other Ways to Pass a State Tax Audit

Every year around this time, people grumble about their tax bills. This year, taxpayers who lost the deduction for state and local taxes in the 2017 tax overhaul bill — mainly those in California and states in the Northeast — are going to grumble even more. And for some, that grousing has turned to talk of fleeing to lower-tax states.

Those wealthy enough to own homes in multiple states will want to have their cake and eat it, too. Some will try to establish residency in one of the seven states that have no state income tax: Alaska, Florida, Nevada, South Dakota, Texas, Washington and Wyoming.

In doing so, they will reduce their tax bills substantially: up to 13 percentage points for California residents, for instance, or nearly nine points for those in New York and New Jersey.

The people trying to take advantage of this strategy have always been a target of state tax collectors, but financial advisers say states like California and New York have stepped up their collection efforts, and they urge caution for anyone considering this approach.

Wealthy taxpayers have long assumed that spending a minimum of 183 days, or six months plus one day, in a residence outside a high-tax state would be sufficient to avoid taxes in that state. But advisers note that this long-held belief is not a sophisticated approach.

“There are some states that have strict day counts, but California is much more subjective,” said Chris Campbell, a principal at Deloitte Tax. “Generally speaking, you can be a resident of California for tax purposes after a few days or months.”

New York tax collectors assume you are still living in their state — even if you are spending the majority of your time elsewhere — and expect to be paid accordingly.

“In the tax world, you’re guilty until you prove yourself innocent,” said Timothy P. Noonan, a partner at Hodgson Russ, a law firm where he focuses on state and local tax law issues. “If you can’t prove where you were, the state will assume you were in their state.”

So much for flying off to Nevada or Florida and leaving your state tax bill behind.

In the high-stakes game of tax collecting, states can seek unpaid tax bills that climb into the tens of millions of dollars. People who have legitimately moved to a different state have to be ready to prove their residency. But so do executives who travel around the country for work.

The first requirement is proving your state residency. For most people, a driver’s license will suffice. But for wealthier taxpayers who have homes in two or more states, it’s not so easy.

There are apps like Monaeo, TaxBird and TaxDay, which count days spent in each state, alerting people when they get too close to the 183-day limit.

Nishant Mittal, a co-founder of Monaeo, said one of his motivations for creating the app came from staying too long in India when he was a consultant for McKinsey & Company. United States citizens living abroad face their own 183-day limit for federal taxes. Mr. Mittal had been told to keep records of where he was, and he did. But that wasn’t enough.

“When the tax authorities asked for my records, they counted the stamps in my passport,” he said. “I overstayed my welcome in India by two days. It became two of the most expensive days I’ve ever spent in the world.”

Michael Kosnitzky, a partner at the law firm Pillsbury Winthrop Shaw Pittman, who divides his time among Colorado, Florida and New York, said that counting days was insufficient and misleading.

He pointed to New York’s five-part test for determining a person’s residence for tax purposes, where time spent in the state is just one part. The state also looks at the size and cost of the New York home compared with those in other states, a person’s business and family ties to the state, and a category that looks at where “near and dear” items are kept. 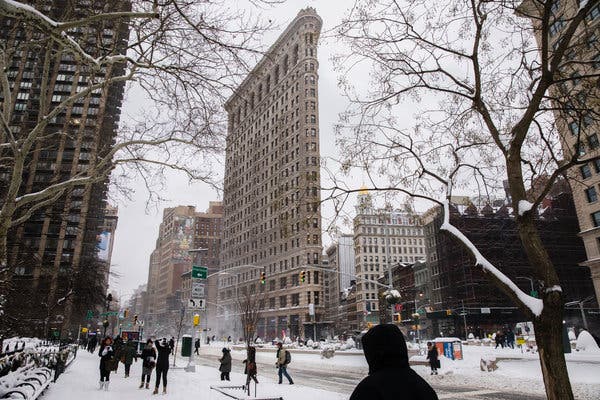 New York State has a five-part test for determining a person’s residence for tax purposes, and the amount of time spent in the state is just one of those parts.Credit...Benjamin Norman for The New York Times

“Where do you keep your teddy bear at night?” is one of 50 questions her firm asks clients who want to move their tax residency, she said.

“The more boxes you can tick, the better,” Ms. Pumo said. “Sometimes, they check off one or two boxes. That’s just not enough. They think they can dip their toe in their new state.”

Florida is a preferred destination for residents in the Northeast looking to cut their tax bills, and tax authorities in their former states are monitoring such moves.

When people change residency, advisers say, the first few years are the most important from an auditing perspective. “The first one or two years, you shouldn’t come back very much,” Mr. Kosnitzky said. “You have to prove that you’ve left. After that, the burden of proof shifts to the state.”

One way to prove you are gone is to classify your former home as a rental. Mr. Kosnitzky said the Internal Revenue Service generally checked to see if there had been actual rental income, for taxes and expenses to be deducted, but a brokerage agreement and a good-faith attempt to rent the property is usually sufficient.

Edward Nicoll, who lives in Miami Beach and has been a Florida resident since 2015, said he had been taxed on the same income by different states on two occasions.

“I ended up paying them both and then tried to get a refund from them,” he said, adding that he had acted on his accountant’s advice. “In one instance, I got the refund. In the other, I ended up paying double taxes” because the cost of fighting the tax was not worth it.

Mr. Nicoll, 65, said that he used the Monaeo app to track his days, but that it was just one component of his effort to be as transparent as he could to build a defense for future audits.

“I’m keenly aware that avoiding taxes is something people spend a lot of time on,” he said. “I don’t mind paying my fair share of taxes. I just don’t want to pay more than my fair share — or pay it twice.”

What someone does when he or she moves somewhere can also make a difference. Mr. Campbell said California generally allowed people to buy a vacation home in the state without becoming residents for tax purposes.

“But that presumption goes away pretty quickly if you’re viewed as anything other than a seasonal tourist,” he said. And that can be a fine line, given how easy it is for many wealthy people to work wherever they are.

“If you had sufficient connections to two states and another state audited you, you now have a fight on your hands,” he said. Audit fees alone can range from $25,000 to well over $100,000, and that’s before taxes, penalties and interest are paid.

But forms of compensation like unvested options and other forms of deferred compensation are trickier. They are taxed by the states where work was performed over the vesting period, said Ryan L. Losi, a certified public accountant and executive vice president at Piascik, an accounting firm.

Mr. Losi said he expected to see a lot of these audits over the next few years, given the run-up in stock prices. Typically, he said, people pay the tax in the state where they are living when they exercise those options, but several years later, other states come looking for what is owed to them.

Taxpayers will have to settle with each state but then amend their return in the original state before the three-year statute of limitations has passed.

As someone who has been subject to state audits, Mr. Nicoll had advice for anyone considering establishing a new state residency: “Anyone who moves out now is going to be audited. People should see it as a cost for being wealthy.”

See original article in the New York Times at nytimes.com/2019/03/22/your-money/state-residency-lower-taxes

Paul Sullivan is the Wealth Matters columnist for the New York Times. He is also the author of The Thin Green Line: The Money Secrets of the Super Wealthy and Clutch: Why Some People Excel Under Pressure and Others Don’t. He also writes for Golf Magazine and previously wrote for the Financial Times, Conde Nast Portfolio, Fortune, Money, Barron’s and Bloomberg.

This article originally appeared in Digiday.  If you thought 2020 was a messed-up tax year because of COV...
END_OF_DOCUMENT_TOKEN_TO_BE_REPLACED

This article originally appeared in Bloomberg Tax.  Just because you think you moved from New York doesn’...
END_OF_DOCUMENT_TOKEN_TO_BE_REPLACED